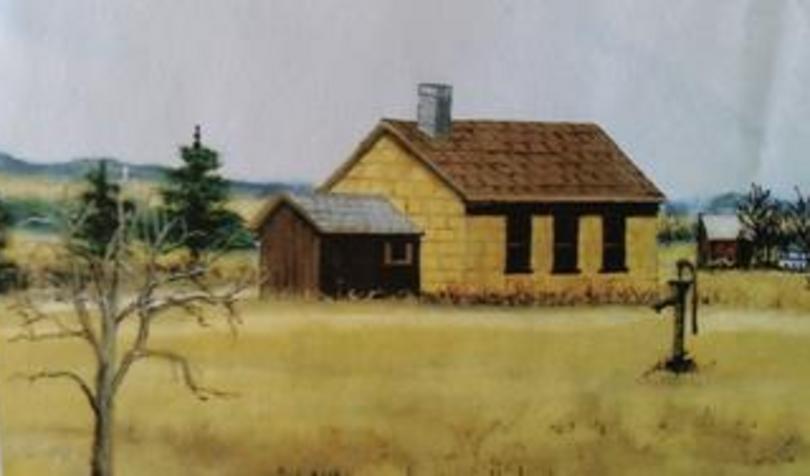 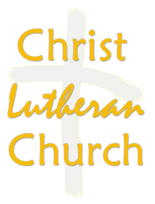 The ​History of Christ Lutheran Church

Christ Lutheran Church was founded in 1884 by several German pioneer families who settled in Rush Township. Pastor Kaempflein of Schapville conducted worship services for about a year in a Rush church (a school house on Eden Road). In 1889, Pastor Barr of Lena conducted services.

The congregation organized in 1890 and services were held in the Stockton School. In 1894, the congregation decided to build its own house of worship, and the church was dedicated in 1894. The original families helping to form the church were William Belk, August Belk, Michael Baier, Casper Baier, William Logemann, Christian Stein, William Noller, Gottlieb Speth and Fred Block. Pastor Hoyer of Lena served through the period of construction. He was succeeded by Pastor J. Schlichting, who served for two years until his death. Pastor A. J. Klindworth served the congretation from 1898 to 1899, and Pastor J. Dachsteiner from 1899 to 1902. Up until this time, the pastors lived in Stockton and served the churches in both Stockton and Warren. From 1902-1915, the pastors lived in Warren. These included B.A. Salzewedel (1902-06), D. Ziesldorf (1906-10), Theodore Wendel (1910-11) and G. Buth (1911-15).

In 1915, the Stockton congregation severed connections with Warren, and Pastor E.E. Zellmer was called. He served from 1915-1919 and again from 1921-1926. At the annual meeting in 1916, it was decided to build and new parsonage, which was dedicated on August 20, 1916. A second preaching station known as St. Peters, Mt. Pleasant was added to the congregation in 1917. Considerable growth was noted during Pastor Zellmer’s terms of service. In the interim between Pastor Zellmer’s first and second pastorates, the congregation was served by John Langholz, a graduate of Wartburg Seminary. During this time a portion of the church was destroyed by a fire. It was rebuilt and rededicated on October 7, 1920.

In 1926, Pastor A.P. Meyer was called, and he served until ill health forced him to resign in 1932. His work was a credit to the church and community. Pastor R.W. Ploetz accepted the call in 1932. During his pastorate, the two congregations formerly known as Christ Lutheran and St. Peter's were united into one. In 1934, Christ Lutheran celebrated the Fortieth Anniversary of the dedication of its first house of worship. Pastor Ploetz served faithfully for three and a half years.

Pastor R.G. Magel was called when he graduated from Wartburg Seminary and was installed on August 4, 1935. The congregation grew in number and decided to build a new edifice. In June 1946, the church purchased 24 acres of land on the north edge of Stockton from Howard Bohnhoff. Twenty-five building lots were sold on March 22, 1947 for a total of $5,900 and 11 acres were sold to the village and Stockton Lions for creation of a new town park. This left the church with the present two acres on which the parsonage and house of worship was built.

Ground-breaking services were held on August 22, 1948 and the corner laying service on June 19, 1949. The church was dedicated to the glory of the triune of God on October 8-15, 1950.  Members of the congregation donated many, many hours of labor to complete the buildings.

The building was completed at a rapid pace and cost nearly $120,000 after furnishings. After 17 years of services, Pastor Magel accepted a call to another charge in 1952 to Pontiac, IL.  Pastor R.R. Radloff served from 1952-1955. He then moved to Kansas.

Pastor Hieronymus was with the church from 1955 until August 3, 1958. From that date until June 21, 1959, we had various students from Wartburg Seminary but services and confirmation classes were conducted by Alton Zenker and Roger Tellock. The 1959 class was confirmed by a professor from the seminary.

A call was accepted by Pastor Arnold G. Raabe in 1959 and he served until 1964. The street was black-topped, curb and gutter put in on the west side of the property and the parking lot was cemented in 1962.

Pastor Harold Norheim served from March 15, 1964 until August 1967. When he left, Graduate Student Robert Hagemann of the seminary served the church faithfully until Pastor Richard Burrack was called.

Pastor Burrrack was installed on January 28, 1968, and served until 1977. During his pastorate the present parsonage was built. The ground breaking service was held April 21, 1968, and it was dedicated January 12, 1969. The former parsonage connected to the church was used for Sunday School classrooms and various organization meetings.

In 1977, Pastor William C. Kraemer was called and he was installed September 11, 1977. He served faithfully over eight years. In 1981, a new constitution was written for Christ Lutheran. At that time hospice, an organization to help to terminally ill persons and their families was created. Rev. Kraemer, Ralph Krubeck, and Rev. Samuelson of Lena working with Lutheran Social Services were instrumental in establishing the organization in the community and county. In August 1983, it became a reality with the help of many trained workers and volunteers.

On Sunday, September 9, 1984, Timothy Kraemer, son of Pastor and Mrs. Freida Kraemer, was ordained into the ministry in Christ Lutheran Church. This was a “first” for the congregation and a very touching service.

The church planned its 100 year anniversary in 1990 and the celebration was scheduled for June 3. The event was commemorated with the refurbishing of the statue of Jesus from the altar, installation of a bronzed plaque given as a memorial by Albert Steffes, flag raising, balloon send off, creation of a model of the original church by Daniel Korth, and a capacity crowd for Sunday morning service. The U.S. flag flown over the Capitol on Easter Sunday was sent to Christ Lutheran to be raised during the service. Former pastor Arnold Raabe presided over the service.

In 1991, the council sought bids for the electrification of the bell tower. In April, Tim Dittmar installed a bulk milk tank motor which will move and ring the bell from a switch controlled in the church. A special congregation meeting was held in 1991 to consider selling .077 acres on the north part of the church property to the Illinois Department of Transportation for highway improvements for $2,350. It was approved unanimously.
The church council heard a special presentation in 1992 by an organization interested in purchasing land west of the church for senior citizen housing. The council decided they were not interested.

The air-conditioning system was installed in the church in 1993 to provide a more comfortable summer service experience. Pastor Kramer completed his service to the church and a farewell service was held on September 26, 1993. Rev. Milton Whitney served as interim pastor from that time through January 30, 1994.

Pastor Lee Luebke accepted a call and was installed on February 27, 1994. Rev. Luebke was instrumental in organizing Saturday evening worship services as well as a monthly newsletter, The Trumpet.  He served the church until his retirement in August 1999.

Christ Lutheran Church member Chris Heller graduated from Wartburg Seminary on May 17, 2008 and the women of the church presented him with a large banner to commemorate his achievements in a special service.

Rev. Susan Davenport accepted a call to Stockton and was installed in February 2010 and served until 2017.